Shuffle City is a city builder about averting disaster. Shuffle city blocks to optimize your income, explore different strategies, and unlock new buildings. All the while, protect your citizens from the threat of natural disaster by deftly avoiding incoming meteors and tsunamis.

game crashed for some reason on the first stage where the meteor speed picks up i don't remember exactly how many in, but it was only a few stages in. This is what it froze on. Right when the meteor landed on a building with a construction company next to it

if u click the tutorial dialogue that comes b4 the finish text comes in for the shop tutorial, it will slide further than it is meant to. Presumably the button was just slid twice or something from clicking the dialogue fast enough

Also it can be hard to click the right tile and instead have it blocked by a building in front of it and end up selecting the wrong building.

The insurance companies will still pay out if the building is hit and saved by a construction company. Also as soon as I got the construction company my strat immediately shifted to throwing as many buildings into the line of fire as possible and negated the whole concept and difficulty of the game. Still fun even with that strat, mainly cause I like finding exploits especially in games with economy systems. Seeing meaningless numbers go higher makes me feel good. Even if the insurance companies did not pay out for protected buildings, I would still use the strat as it pays out a lot.

Also a sort of wiki-type page would be nice for buildings. I immediately forgot what some of the buildings did. Which also meant I just saw random building on the side not knowing what they did. I remembered like one of the buildings boosted another building but did not remember either building name nor appearance. Hover text might also work, altho in practice would depend on how it looked and felt in respect to the game feel.

this is not necessarily a bug, but if u place outside of the tile area imo it should be sent back to it original position, or in the case of buying from a shop, should return it to the shop instead of snapping to the closest grid tile

Thanks for the feedback and for playing!

That's a really helpful description of the crash, I'm sure we'll be able to fix that.

The repair crew should definitely protect all 4 sides, I'll take a look at that soon.

The click targeting issues is something we've been aware of, it's a more difficult issue to fix but it's important, and we'll try to get to it!

The insurance company payouts for protected buildings aren't intended, but I definietly support finding weird strategies, that has always been my hope for the game. I think it should be changed to only payout for destroyed buildings though, and thinking back, I can remember the moment I introduced that bug (unknowingly at the time).

Hover text for buildings has always been a goal, so hopefully we'll have time to implement that! A wiki is a good interim suggestion though.

Good to hear feedback on the auto-snapping system, I wasn't sure whether snapping back to origin, or snapping to the closest tile would be preferred. Thanks again for your help!

Great game! I really like the concept! While I was playing, when you are able to get some new buildings it says "Sample text" where I assume the buildings name would be. 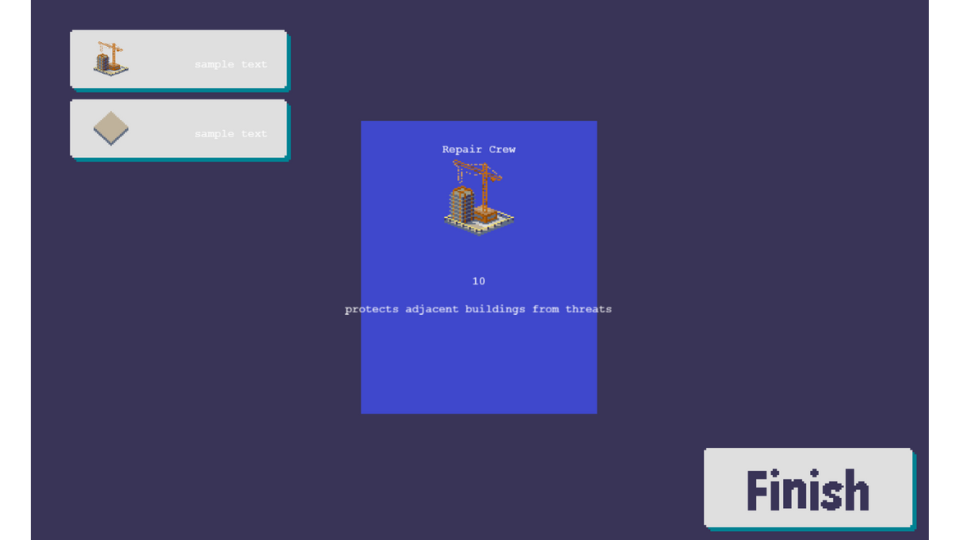 Overall this is a great game!

Thanks for the feedback! We just uploaded some big updates to the UI!

nice concept, however every level the music layers over itself, which makes the experience less enjoyable. I suspect there's a line of code that starts the music track at the start of every level, but no lines of code to stop the music tracks. I closed the game and the music was still playing for about a minute 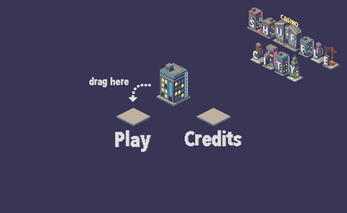 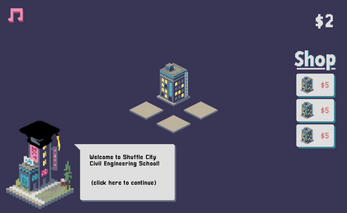 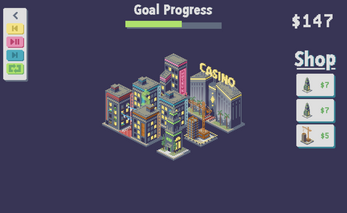 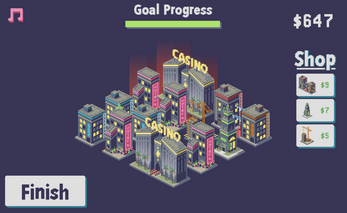